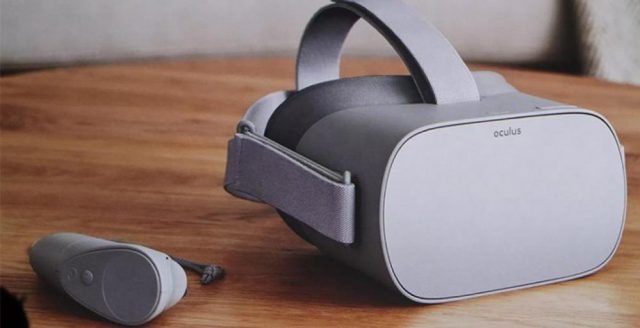 The multi-national company turning to Virtual Reality (VR) to train and onboard employees, ushering in a new era of disruption for the $362.2B training industry.

I remember one of my first jobs. I was hired to work in the kitchen at my college and as you might expect my first day was filled with a lot of instruction before they would let me actually do anything:

This is the sink where you wash your hands, here’s how we expect you to do that.

Over there are the plastic gloves. Put them on in this way and check them for any cuts or leaks.

This stainless tub is for this food. That one is for that food.

When your shift is almost over, you wipe down the countertops like so.

And so on. As you can see, none of the information needed to perform that job required a manual to understand, but it did need an employee to divert his time from his usual tasks in order to break in “the new guy”.

Now imagine you’re a multi-billion dollar corporation with 2.2 million employees, at least 500,000 of which are mostly hourly wage-earners, and that there is by some accounts annual turnover of 44% among your hourly staff. That’s a lot of time devoted to onboarding those new people, or providing annual training to existing staff. Let’s also suppose that this company’s stores can occupy 187,000 sq ft on average and stock 142,000 different items. Well, you can bet staff duties at such places are more complicated and much more important than determining how much casserole per-person to ladle out along the lunch line.

Recently I saw an article from Engadget, via TechCrunch that laid out Walmart’s plans to train employees using Virtual Reality and it got me thinking about the ways that VR tech can contribute to making better employees out of us all. No more sub-standard training from the employee who is retiring next week, the paranoid who thinks you’re gonna take his job, or the merely incompetent. Virtual Reality has the potential to standardize training across entire industries, raising the quality of care and service for every consumer, while it simultaneously saves the company the cost of deploying trainers whose only job is to ensure conformity; something computers are remarkably good at as it turns out.

I haven’t seen the training programs in action personally, but from my own experiences with VR, I suspect things are going to go well with them, getting more and more dialed-in as they observe trainees and tweak the software accordingly. In Walmart’s case, they are seeing some very positive feedback already. Walmart US Academies senior director Andy Trainor reported “…VR training boosts confidence and retention, improving test scores 10 to 15%…”

I doubt anyone is surprised to see improvements like this from a piece of tech that covers your full field of vision, immersing you in the action (Walmart is utilizing Oculus Go head sets for their program). It’s hard to see anyone dozing off like they might if seated in the back of a room at a company orientation in years gone by. But clearly the most benefit can be found in providing a consistent, repeatable, scalable training program that doesn’t require a network of trainers with varying degrees of effectiveness. And the results from these trainings probably all go back to the Walmart datacenters in real-time, allowing them to adjust recruitment efforts with precision that absolutely minimizes time spent between recruitments, a metric that is likely very important when you employ millions of people.

Back of the Napkin

Will this technology affect smaller businesses? Absolutely. VR is just getting started, and I believe the Training Industry is ripe for disruption. The insourced spend for training activities for corporations in North America was over $98 billion in 2016. Expect to see VR trainings as commonplace within a few years.