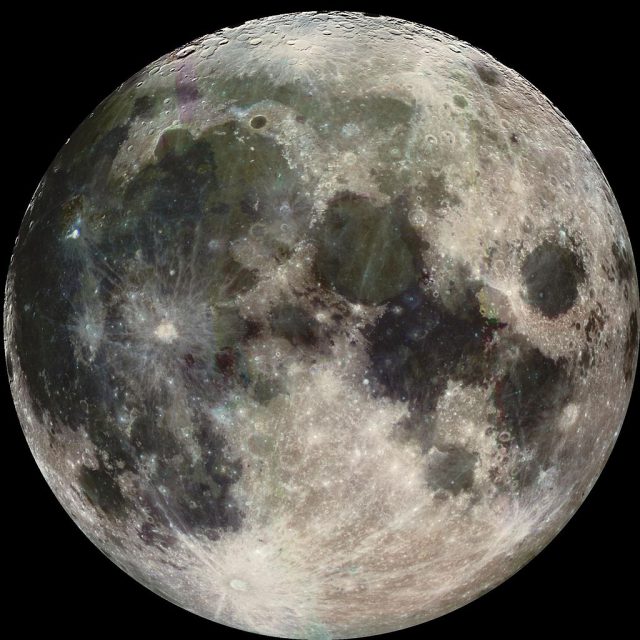 A Japanese billionaire and his entourage are all set to hop aboard the SpaceX Big Falcon Rocket and take a trip around the moon. Yusaku Maezawa, founder of online fashion mall Zozotown, has the honors of being the first paying customer aboard the BFR spacecraft on a trip around the moon (commonly referred to as a ‘moonshot’). SpaceX CEO Elon Musk is calling the flight the Lunar BFR Mission, and in typical Musk fashion it has some lofty goals (besides, you know, sending humans hurtling around the moon in a tin can) including broadcasting the entire mission live to us Earthbound types, in High Definition (HD) Virtual Reality (VR).

Musk announced this feature of the mission in a tweet on September 18, also stating that “it’ll feel like you’re there in real-time minus a few seconds for speed of light.” [the moon is roughly 238,000 miles from the Earth] Presumably there will be the usual additional delay from the FCC just in case one of the space tourists decides to use profanity or experiences a ‘wardrobe malfunction’.

Even though the mission is slated for 2023, giving Musk and team a lot of time to prepare, from a technological standpoint it is expected to be very difficult to broadcast live in HD VR given that such streams require both high bandwidth and low latency, two things which are in short supply in space. Naturally Musk says he can do it, relying on a massive collection of communications satellites being developed under a SpaceX project called Starlink that “should be active by then.”

What is Starlink and how does it fit into the Lunar BFR Mission?
Starlink’s goal, according to regulatory filings, is to achieve placement of two massive networks of low-earth-orbiting satellites, one for US consumer broadband access comprised of 4,425 sats and another with 7,518 sats to provide global communications directly to consumers, both via a kind of set-top receiver box.

Musk’s objective is to use the data network provided by the initial constellation (4,425 sats) to beam back HD VR footage of the moonshot, directly to US subscribers on the Starlink network of receivers. If he can achieve that goal it will be a massive PR win for both SpaceX and Starlink, hopefully driving more subscribers to Starlink to help fund operations focused on eventually sending Earthlings to Mars.

That’s a lot of satellites. Will it work?
At full constellation strength, Starlink should blanket the US in SpaceX-controlled broadband operating at up to 1Gbps throughput and with latency comparable to cable or fiber at 25-35ms. Musk believes this is sufficient to stream HD VR, and maybe it is, but first Starlink will need to overcome challenges to that plan not the least of which is a delay in launching enough satellites to form the network.

The original plan filed by SpaceX with the FCC assumed test satellites would launch in 2016 (they did not, due to redesign delays the first two test sats launched in February 2018) and called for production models to start launching 2019 with a full rollout completed by 2024. That plan has now been modified several times as Starlink absorbed the delay in production and then was challenged by a new burden in the form of regulatory controls setup to level the playing field for satellite operators.

It seems that after several companies simultaneously filed plans to launch massive networks of satellites, the FCC looked at the volume of communications spectrum that was being set aside for the constellations and determined that in order to be fair to other parties interested in that spectrum, those potential operators would be given a reasonable timeframe during which to follow through on their promise to place satellites into orbit. The FCC gave SpaceX and others six years to fully deploy their planned satellite networks or stop squatting on the valuable spectrum real estate reserved especially for them. As early as September 2017 Starlink knew this six-year deadline would pose a severe problem for them, so they applied for a waiver on the requirement from the FCC.

Most notable about the SpaceX waiver application was a request that they be allowed six years in which to launch a mere 1,600 of the first set of 4,425 sats to provide US broadband. The FCC responded by relaxing the requirement to nine years, but is still requiring that SpaceX and operators like them have their entire constellation up or else be limited to those sats placed in orbit at that time.

If you’re following the timeline, you’ll see that SpaceX believes they can place only 36% of their constellation by 2023. Now, it’s highly probable that the troubles they had with the prototypes caused SpaceX to be conservative with the FCC in their estimate of how many they could place over those six years to make a better case for the waiver (though Elon Musk has never been one to “under-promise, over-deliver”). Regardless, allowing for even a 50% improvement on their roll-out abilities, that would put the completion date of the full constellation at sometime in 2028, or eleven years after it started, making it impossible for them to meet the nine-year limit imposed by the FCC.

Are the satellites capable of streaming in HD VR?
I would assume they are theoretically capable. It’s doubtful Musk would promise such if it weren’t in the realm of the possible. But as for the end-user experience of Starlink HD VR itself, my research suggests that things could get a bit choppy.

Bandwidth and Latency are the principle enemies of VR, and especially HD VR. In their paper titled, “Towards Low-Latency and Ultra-Reliable Virtual Reality“, researchers from Finland, Spain and Sunnyvale, CA looked at the requirements for VR over 4G and proposed 5G networks (the latter of which is expected to deliver close to 1Gbps at 1ms latency) and concluded that modern networks lack both the capacity and the speed to deliver a convincingly immersive VR experience to consumers even with the rosy statistics of 5G! But Starlink is different, right? Well, sort of. Satellite internet isn’t a new concept itself, but the Starlink satellites are slated to operate at a much lower orbit than current satellites, allowing the new constellation to deliver a lot of data at a much higher speed than traditional satellites placed much further out. As stated before, data throughput is similar to 5G with speeds up to 1Gbps, but latency is expected to be around 25 to 35ms, which is about what we see from typical cable or fiber broadband. Elon’s not wrong that this will be sufficient for some sort of VR streaming, but I believe that the transmission delay he referred to in his tweet will be more pronounced than anticipated and may affect the overall user experience negatively. Qualcomm published some numbers for how bandwidth and latency are related, and they suggest that in order to get the latency down to where you aren’t getting motion sickness (15ms or better) the connection may need to limit its bandwidth to about 500Mbps, which is too low for HD VR without doing some creative processing of the images at the edge or some creative caching of the stream. I’m sure Musk will employ every trick in the book to make the experience as close to HD VR as possible, I just can’t see it being a true HD VR experience due to the latency constraint.

Also, keep in mind that the network will probably be at only 36% density. I should think that will affect throughput negatively due to delays in transmission satellite-to-satellite before being sent back to the receiver on Earth.

Back to the problem at hand: streaming the moonshot in HD VR to the receiver on Earth. Assume Starlink puts together an acceptable near-HD VR stream via their satellite network with only 36% of the planned constellation. Great! But what about the requirement that consumers own both a Starlink set-top box and also VR equipment?

Apparently, SpaceX is working very hard to make the sat receivers affordable (shooting for around $200 cost to end-users), but having no luck so far. And then there’s the investment in VR goggles such as Oculus Rift (we’ll call it $400) and it becomes a somewhat pricey proposition to enable each user to see out the hatch of a spacecraft. And that’s before calculating what you’ll pay for the Starlink internet service (I would assume a price target to match or slightly undercut cable costs at around $100/mo).

The verdict
While it’s very doubtful that the satellite constellation will be ready to service the entire US by 2023, if it can still perform without the other 2,825 satellites then I believe those folks it can reach will have no problem finding the $600+ to get onboard with VR in time for the moonshot (and commercial VR gear should cost much less by 2023). The quality may take a hit, but be decent enough, and presumably the Musk team will scan the entire spacecraft to VR before launch and cache those images to serve to viewers looking about the cabin at objects that never or rarely change appearance. If the only background rendering in real-time is the view out whatever portal they have for the astro-tourists then that may help with transmission significantly. At any rate, we all can appreciate the novelty of taking a ride anywhere with a billionaire, virtual or otherwise (Is it bad form to take wagers on him puking in space?) and this trip takes us to a very special destination indeed! I see this voyage as a very good preview of what’s to come for us all…Commercial flights to the moon, hopefully ones we all can afford to take in RL.

Sources and other articles of interest:
https://www.space.com/41889-spacex-moon-tourist-flight-vr-livestream.html

Towards Low-Latency and Ultra-Reliable Virtual Reality

Blackberry device receiving old messages as if they were new

Scalable code without bloat: DCI, Use Cases, and You