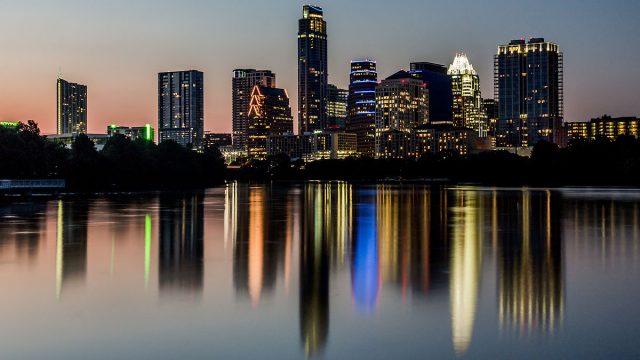 Since September, there’s been much talk in the Technology sector about Amazon’s search for a second headquarters, dubbed HQ2. While companies looking for real estate is nothing new, what’s unique about this particular search is the sheer scale:  50,000 employees, 8.1 million square feet of office space, and $5 billion in capital expenditure locally are at stake.

Amazon correctly predicted that they could avoid much of the traditional resource expenditure associated with such a quest by putting the onus on every city and municipality in the United States (and all North America) to demonstrate what they can do for Amazon should the company build in their area. This Reality-TV-esque quest has been wildly successful, garnering 238 proposals by regions in North America eager to put their best foot forward to attract a tenant who would presumably raise up the economic profile of the entire target area by virtue of Amazon’s massive infrastructure and investment power.

After much consideration of the proposals submitted, Amazon announced their top 20 picks today.

What do these areas have in common?:
The Amazon HQ2 RFP indicates a preference for metropolitan areas with more than one million people, a stable and business-friendly environment, urban or suburban locations with the potential to attract and retain strong technical talent and communities that think big and creatively when considering locations and real estate options.

Amazon also added detail on their ideal site which includes a desired proximity of no more than 45min to an International airport, 30 mile proximity to population center, 1-2mi proximity to major highways, and initial square footage of 500,000+ for Phase I (2019).

Some of the more lucrative offers being made to Amazon:

In NJ (whose city Newark made the cut), Gov. Chris Christie signed a law that could give Amazon as much as $5-7 billion in tax credits in exchange for locating HQ2 in the state. Officials in Newark are banking on increased tax revenue paying for the incentive within 10 years.

In Illinois (whose city Chicago is a finalist) the leadership has stepped up with their own offer of tax incentives totaling $2.25 billion. You can read more about that here.

California (whose city Los Angeles is in the running) produced a report seen by Reuters which identified $300 million in incentives which Amazon could claim and also introduced a bill in the state assembly which could offer Amazon $1 billion in tax breaks over the next decade.

To see a more complete report on the incentives being offered to Amazon by the 20 cities and regions under consideration, see this article here.

This is an interesting quest Amazon has embarked on and a boon for the lucky host of HQ2, but does their choice in host city have any implications for the Technology sector or IT professionals in general?

I believe the Amazon short-list can be viewed as one measure of the top 19 areas of the US (sorry Toronto, I love you but at this time I can only report on the US market) which are most likely to grow their tech sector over the next decade and beyond. This is because the outside possibility of attracting Amazon has caused local governments to “show their cards” in their eagerness to demonstrate just how business-friendly they are. Tech startups and more established technology companies (such as Apple, who are reportedly searching right now for a location for another campus) are sure to pore over the information that Amazon has shook loose in their quest and seek out markets which have many of the same qualities as Amazon was looking for. Similar incentives being offered to Amazon will be discussed by companies starting or establishing themselves in these freshly identified ‘tech hubs’, helping corporate bottom lines. On the worker side, if you’re open to relocating, Amazon’s search info could inform your decision on where you end up! I see these as good things for the Tech sector.

So who will win?

The smart people over at Moody’s Analytics believe Austin, TX (currently home of Amazon subsidiary Whole Foods) is the top pick. They arrived at this conclusion after factoring in Amazon’s stated preferences and then performing their own ranking of matching locations. While Austin came out on top, it’s worth noting that Atlanta and Philadelphia (both on the short-list) occupy the next two spots on the chart!

The Boston Globe is reporting that there are serious real estate searches currently underway in Boston, MA for as much as 1 million square feet of office space. Amazon already employs over 1,000 people in Boston and Cambridge, so it could make sense to locate HQ2 nearby. While Boston isn’t offering anywhere near the tax incentives of other areas, they do have the right kind of workforce available nearby.

Newark, NJ is considered by many analysts to be a very strong pick due to the sheer size of the incentives on offer; anywhere from $5-7 billion! Newark is currently home to Audible, Amazon’s audio book subsidiary.

While Toronto is on the Amazon radar now, and likely has all of their desired traits, I can’t help but think that Amazon won’t want to juggle the cultural and legislative complexities of operating in two nations at once when the company has so many qualified targets here in the United States. For that reason, Toronto is out.

My Guess?
Well, there is a fast-growing hub of tech and innovation that shows no signs of slowing down. It’s business-friendly, with a fairly high quality of life rating due to a variety of factors, including the low cost of living and availability of affordable real estate. I predict Amazon will pass on the much publicized incentives from areas like New Jersey (because let’s be real…every area is going to offer them some kind of incentive as a matter of course) in favor of a region that provides a better experience for workers and their families. That area is Austin, TX.