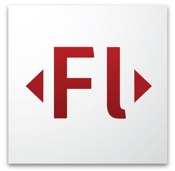 I had a client recently who attempted to view videos from the website of an organization that was using the Granicus network to stream. They were ending up with nothing, no audio and no video.

I knew it was a blocked port that would need to be opened on their Firewall, but a quick Google search did not turn up anything useful except a suggestion to download the latest version of Adobe Flash Player and Microsoft Silverlight player, which I did (no luck there). A quick glance at the Granicus help site wasn’t particularly helpful either, so I went another route.

The solution was pretty simple: I opened the stream on a laptop connected to an internet connection without a firewall. Then opened up CMD prompt and ran netstat /a to see all the connections. The one that stood out was connected on Port 1935 which a Google search showed to be a port which is utilized by Adobe Flash Media Server. Here is a link to Configuring Ports for Adobe Flash Media Server.

If you open up Port 1935 for UDP/TCP and it still doesn’t stream, then read that article on Configuring Ports really closely because there is additional information in it which may help.

“Safari could not open the page because the server stopped responding”

Find FSMO Roles for a DC