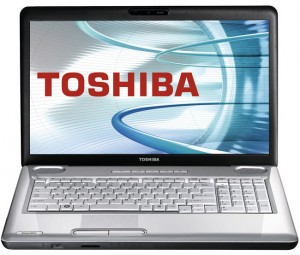 Your hard drive crashed, you installed a new one and did a System Recovery using Toshiba’s DVD discs, so why can’t you get connected to your wifi and why is all networking (LAN, Bluetooth, Software Modem) disabled with bad, unsigned drivers errors and Yellow exclamation points in the Device Manager?!

According to the good folks on the Toshiba Forum here, the issue arises when you restore to a new hard drive which features a new technology called 512 emulation (512e).  These advanced hard drives cause conflicts with the device drivers, causing you not to be able to connect to Windows Update and to the internet in general.

Download and install the Intel Rapid Storage Technology update.  That seems to work well for most people.

If that doesn’t solve your problems, then you can try to install the Windows updates for advanced drives:

NOTE: After you get things working again, you may notice a slowdown in your system as it access the hard drive.  There is a fix for that too, which you can find here

And just in case you need it..here is a link to a Disassembly Guide for the L550

My Calendar web part in My Site (Sharepoint 2007)