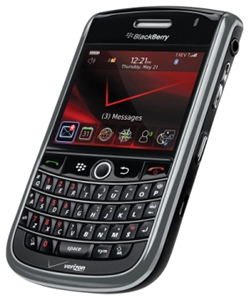 Tried to sync my Blackberry Tour (address book only) and during the sync, it would appear close to finishing and then a window would pop up with “Intellisync” at the top and an error message that reads: “Connector specific error”.

There are probably a lot of different reasons why this may occur for you, but for me it was a matter of running out of space on the device. I had alot of pictures that it was trying to sync to the device and it had given me a “failure” message on syncing them earlier before I synced the address book.

All I did is moved the pictures from My Pictures/Blackberry to a folder on the desktop and resynced.  Worked fine.

Distribution lists for Outlook on Blackberry