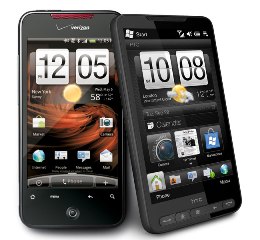 Had a user with an HTC Incredible phone whose mobile network kept getting stuck in a cycle of “Turning On” status and wouldn’t let them receive any data or even make phone calls.  Taking the battery out and replacing it worked once, but during a repeat of the error it did not work!  Dangerous!! What good is a phone that only plays Angry Birds in an emeregency??

I had Verizon reactivate it on the network and when we were going over some settings, they were incorrect in the phone.  I’m hoping that was the issue all along and it is corrected now.  I’ll keep you posted if not!

Blackberry Tour There is insufficient network coverage to process your request