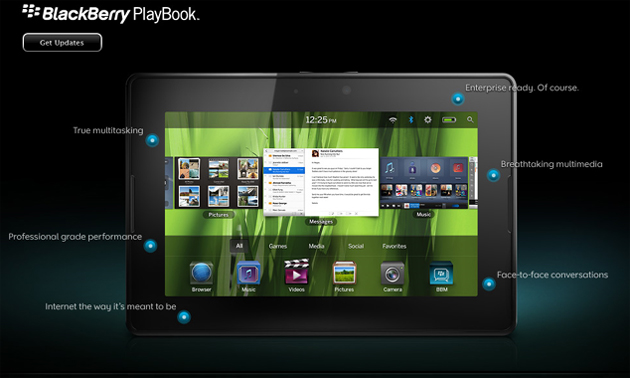 First I have to admit that lately my eyes have been wandering…over to my friend’s iPhone, then to his iPad.  Don’t get me wrong, I love my Blackberry, but Apple has been killing it with some slick-looking devices for several years now and a man can only resist so long.  But I think the new Blackberry Playbook might have what it takes to keep me happily married to my Blackberry Tour for a couple more years yet!

First the specs, then some PROS and CONS…

Key features and specifications of the BlackBerry PlayBook include:

I want RIM to start talking and showing apps and stop showing that whale video, does 1080p really matter on 7″ device or mean anything in the business world?

There you have it…some observations on the new Blackberry Playbook tablet.  Please note that all this information is only current as of 12-19-2010 and things will likely change before it is released.

Please drop me a line below and let me know if you intend to purchase one or if you have found a tablet that is even better than the Playbook!