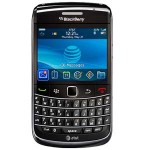 A user’s Blackberry has been receiving old emails (1 year old roughly) lately.  According to the all-knowing Internet, it might be related to having too many messages in your Outlook Inbox.  When the BB goes to reconcile, it has trouble dealing with all those messages.  I dunno, sounds sketchy, but I checked the user’s Outlook and he had over 15k messages in it so maybe there’s some truth to it.  I moved all but the last 2 months to his Archive folder and we’ll see if the issue happens again.

Distribution lists for Outlook on Blackberry